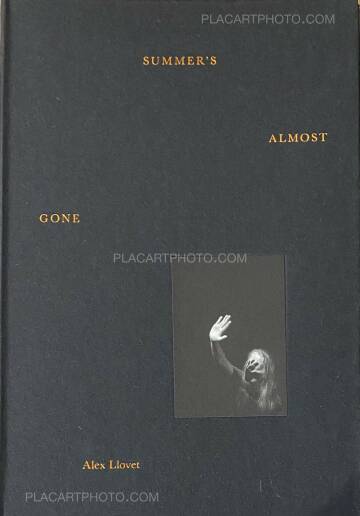 Over the last ten years, Alex Llovet's work has been structured around two main themes: identity and memory. Using the photobook format to conceptualise and present his projects increasingly focused on his immediate environment -his partner, his daughters and the territory he inhabits-, he has constructed his own universe in which the photographic document and the poetic image constantly intertwine and question each other.

Is it possible to long for something that is still happening? This is the starting point of Summer's Almost Gone, one hundred images taken during the summers of 2016 to 2021, in different places in England and Spain, which make up his own unique family album of the summer holidays. During these periods of contact with nature, synonymous with freedom, discovery and play, but also with challenges, growth and confrontation with one's own ghosts, Llovet appeals to the awareness of the fugacity of life while questioning the limitations of photographic practice in the face of the frustration of not being able to be both actor and spectator at the same time.

If our memory constructs an autobiographical narrative from unconnected fragments, filling in the gaps with our imagination, the editing of this work, based more on sensation than on reason, acts in the same way, using 24 sequences structured in the form of quadriptychs of images that behave like vertical frames of a fake documentary, that of the author's life. After six years of work and five different dummies, this book is the formal culmination of a poetic and conceptual investigation in which the layout on the page brings to mind how memory itself works: veiled images, moments we barely remember, pages that the reader must unfold in order to peer into the windows of the past.