Life As A Night Porter 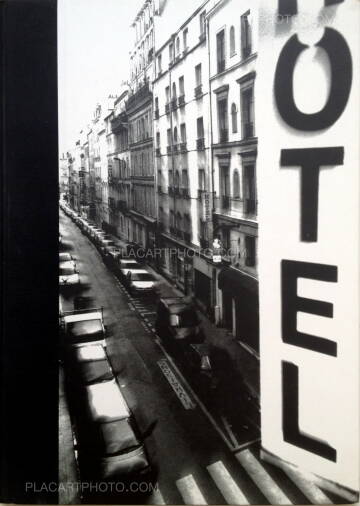 Over a ten period that Chris Shaw worked the night shift at a number of hotels, he also carried his camera and created a photographic notebook of his experiences. He photographed those he worked with and those who came to frequent the hotels, especially those who also “worked” the night. For me, this places Shaw’s photobok “Life as a Night Porter” within the context of Solomon-Godeau’s “insiders”, a person with a deep personal involvement of the subject matter. His project shares the insider’s perspective similar to the work of Larry Clark, Nan Goldin, Zoe Strauss, Sarah Stolfa and Richard Billingham.

This is a gritty story about those who live, work and exist in the time between daylight, especially those whose existence is defined by the workings inside a large hotel. On the direct service side, there are the reception clerks, night porters, housekeeping, and some stray administrators who look like they have no where else to go. On the other side of the counter are the “guests”, some disoriented, or confused or just too drunk and have passed out in the hallway short of the goal of their room. And finally there are the indirect or very temporary guests, the women who briefly pause at the hotel to ply their trade (Walkie-Talkie Girls), as well as the uniforms who are hunched over a refreshment counter en mass for a cup of joe. They all have been caught in the harsh glare of Shaw’s light.

This is not quite an after hours documentary, as the monotone photographs are very contrastey and provide a feeling of a nightmarish existence. We are shown desolate hallways, empty staircases and lurking survelliance cameras watching silently all that goes on. Meanwhile Shaw is direct and confrontational, with most of those mugging their portraits for him, but perhaps not the couple whose amour or sexual fantesy has led them to have their trist out in the open hallway. Even the naked man, who parading down the hallway to who knows where and realizes that he just pranced out of his room without his room key, seems unabashed in his unusual predicament and beams a smile before he continues on his cheeky way. Okay, maybe we did not need to see that, but nevertheless, it did exist for that moment and it is a part of Shaw’s voyeurism experience.

The harshness and high contrast of his black and white images is indicative of the difficulty of working the night shift, and symbolic for many similar existence level jobs. That the only reason you would endure these working conditions was for the money. And the money probably is not that good either and many of those working the night shift at this hotel appear to have more than just this job, catching forty winks when those long durations in the middle of the night with no activity allow some needed rest.

Another aspect of this book is the textual information that Shaw provides, such as a copy of a medical notice, a customer complaint, a recreation of a prostitute’s recent liason, or his hand written captions that accompany each photograph. The rawness of the work is reflected in his personal documentation, with his cross-outs and other plainly visible alterations to his text,  reminding me of the contextural layering of Duane Michaels and Mark Klett. The difficult to read penmanship style of Shaw, with all of these alternations, runs counter to the normal (Modernist) print and book’s caption esthetics, that of a legible type face and tidy-up cleanlyness from a final edit.

As Shaw writes about his book…

The sum of the book is really a hotel of my own imagination constructed from several hotels I have worked in and some I’ve stayed in as a paying guest. In reality these hotels bear little or no resemblance to my actual pictures. It just depends on how you look at things. In my experience heaven and hell are places right here on earth, and you can stay in either one.

This oversize book puts my emotions on edge, rattles my nerves and makes me uncomfortable, moving me away from complacency. This book is not going to appeal to the neat freaks but perhaps to those who like a mystery with a crude and uneasy storyline or without a well defined ending. 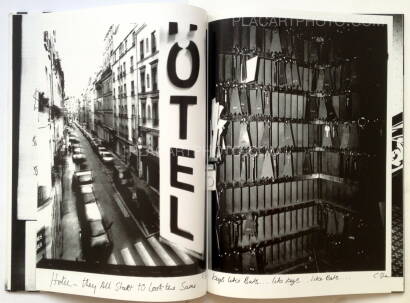 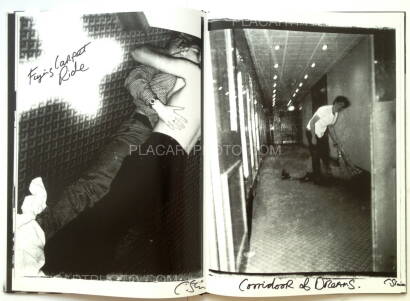 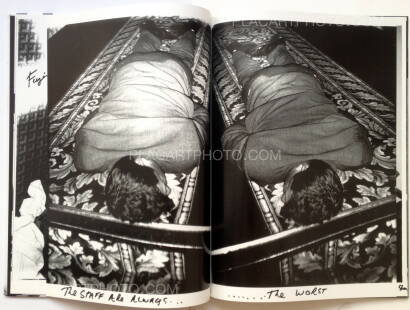 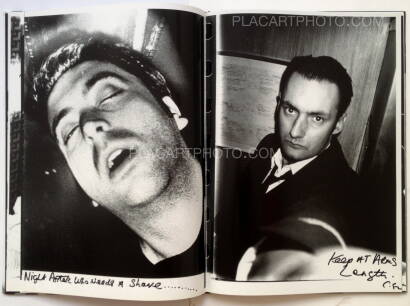 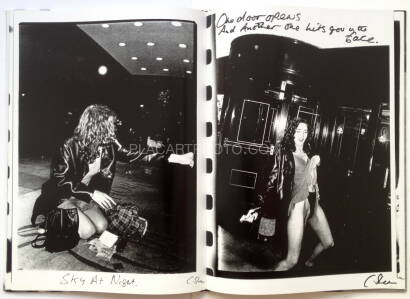