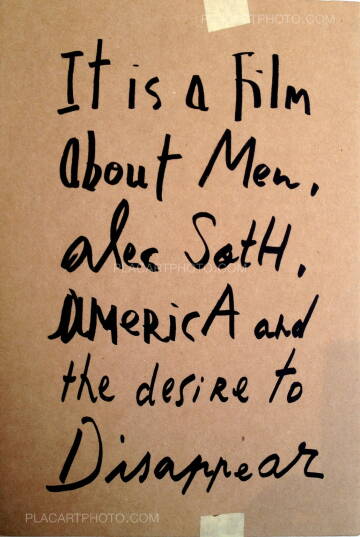 Comments: A film by Laure Flammarion and Arnaud Uyttenhove. DVD in cardboard folder with a digital fujifilm print and a newspaper. Limited edition of 600.

Somewhere to Disappear is a 57 minute documentary following photographer Alec Soth during his project “Broken Manual” in his quest to disappear in America. A search for men living on the margins of society. Runaways, modern day hermits who seek peace in unaffected corners of the country, whether it be a cabin in the mountains, a dark cave or in the expansive desert. The isolated characters the filmmakers and Soth meet have for one reason or another chosen a different path with various degrees of success - some seem lost, some terrifying and some highly evolved. This project began during the last month of George W. Bush's era. It captures the country during a unique period of historical changes that is mixed with the torment created by the financial crisis and the hope emerging from the election of Barack Obama.The film captures Alec during the preliminary stage of his project. It guides us towards the rare and intriguing characters that inhabit his photos and shines a new light on the myths and contradictions of todays America. 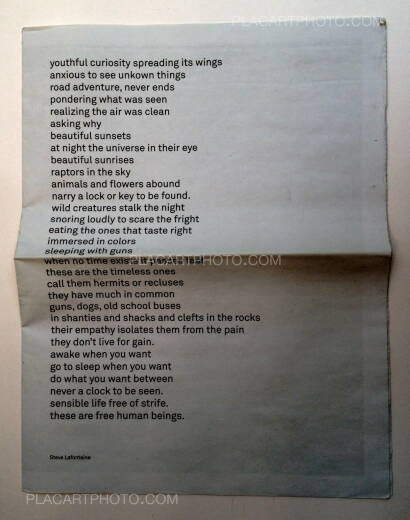 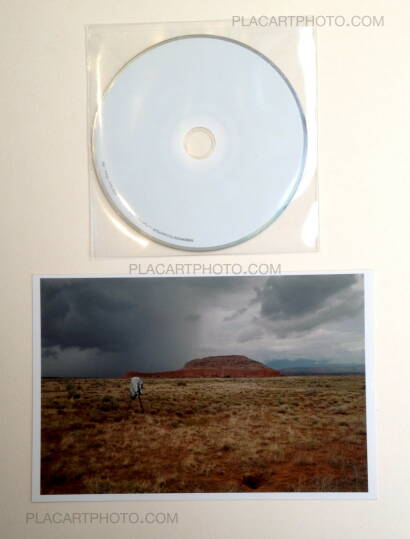