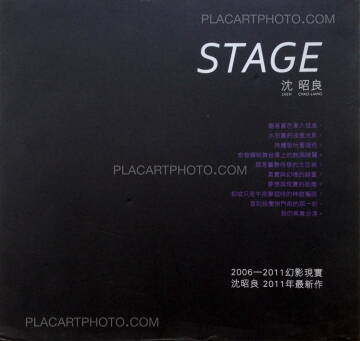 At the end of 2005, photographer Shen Chao-Liang was preparing to dive into a project about the Taiwanese cabaret. However, in his early field visits, he became more entranced by the elaborate stage trucks that were employed by the cabarets and other performers — and these stage trucks soon became the focus of his project.

These mobile stages travel across the country, almost non-stop, to serve as short-term temporary performance spaces. The usage varies widely: from religious celebrations to village karaokes to cabaret shows. In less than an hour, the stages are able to transform from innocent looking trucks into 50-foot sensory spectacles, and back into trucks again, ready to roll off to their next destination.

They come equipped with enormous sound systems, flashing neon lights, and garish painted stage sets. The often incongruous mix of icons and imagery is baffling and amusing: an enormous Eiffel Tower facing off with a Statue of Liberty, a neon horse-drawn pumpkin carriage, popular cartoon characters — you have to see them to believe them.

After our first wave of amazement at these glittering over-the-top spectacles, we begin to take in their surroundings. These prove to be as wide-ranging, and perhaps even more interesting than the stages themselves. We find the stages silently looming over project housing, standing isolated in parking lots, overwhelmed by fancy temples, unfolded inside convention centers, blocking tiny village roadways, and quietly glowing on pristine coastlines at dusk.

To make these scenes even more surreal, the photographs are usually completely vacant of people.  When human figures do appear in the photos, they are often shadowy blurs, and the stages glow all the brighter, larger and even more unlikely by contrast.

The book, STAGES, is beautifully printed in a large-enough format that allows the brilliant colors of the stages to be fully appreciated. Chao-Liang provides excellent background texts and includes some critical essays about the project, as well. Best of all, at the very end of the series, we find a nine-photo grid showing the miraculous transformation from truck to stage. Fittingly, this is the last photo in the book: a magician doesn't reveal her secrets until the show is over. 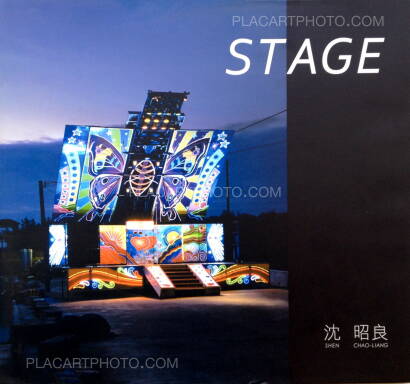