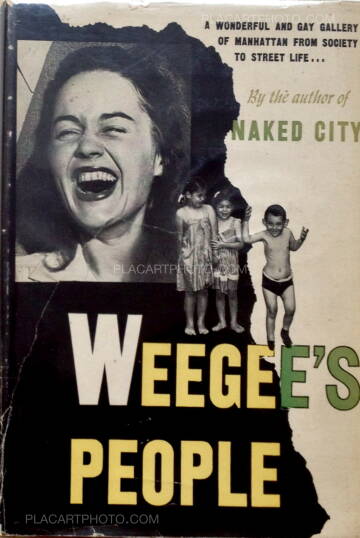 American photographer of Austrian birth. He emigrated to the USA in 1910 and took numerous odd jobs, including working as an itinerant photographer and as an assistant to a commercial photographer. In 1924 he was hired as a dark-room technician by Acme Newspictures (later United Press International Photos). He left, however, in 1935 to become a freelance photographer. He worked at night and competed with the police to be first at the scene of a crime, selling his photographs to tabloids and photographic agencies. It was at this time that he earned the name Weegee (appropriated from the Ouija board) for his uncanny ability to make such early appearances at scenes of violence and catastrophe.

Weegee made only a meagre existence from his photographs, mostly shots of bloody murders, fires, the seedy Bowery district and sympathetic views of people who lived on the streets of New York at night. Weegee became a master of the sensational. Despite this fact, one of his most famous images is The Critic (see Naked City, pp. 130–31), a photograph of high society. It captures the tiara-crowned heads and diamond-laden necks of the wealthy Mrs George Washington Kavanaugh and Lady Peel, who are both scorned by the sneering silhouette of a middle-aged street woman. The Critic was very different from Weegee’s many bloody street scenes from the time, for example the image of a murdered racketeer (see Naked City, p. 87).

In 1945 Weegee published his first book, Naked City, followed in 1946 by Weegee’s People. The success of Naked City was tremendous and ensured his financial security. Having suddenly achieved this fame, Weegee went to Hollywood where he maintained his nocturnal schedule but made portraits of film stars and fashionable night spots, which he published in 1953 in Naked Hollywood. In 1945 Weegee also received the professional approbation of Edward Steichen, then Director of Photography at MOMA, New York, who included Weegee’s work in the exhibition 50 Photographs by 50 Photographers. Having gained recognition after the mid-1940s as a photographer in circles outside the tabloid press, he turned to more self-consciously artistic photo-caricatures of celebrities using distorting trick lenses, for example Marilyn Monroe (see Naked Hollywood, cover).

Weegee usually used a standard press camera, a Speed Graphic with a 4×5 inch format and automatic flash. He had little knowledge of, and little interest in, purely artistic photography, and neither his compositions nor his prints were made with particular care in the early part of his career. Weegee’s artistic ingenuousness is demonstrated by the one term he adapted from art, ‘Rembrandt lighting’: by this he referred to the use of a dark background with the subject in bright light; he accomplished tonal selection automatically by the use of flash. This lighting was the key to the striking effect of his photographs: with it, he claimed, he could render a gruesome scene less distasteful, while still providing enough high-contrast detail to help the publisher to sell newspapers, even when reproduced in the dots of newspaper half-tones.

Weegee also made many night photographs using an infra-red flash, allowing him to photograph voyeuristically such scenes as lovers at a film or on a park bench (see Weegee’s People, part 1, no. 10). With infra-red film and flash he also captured high society at night. This lighting made women’s make-up garish, emphasized their facial veins and deleted dental caps in the smiles of New York’s privileged classes; After the Opera … At Sammy’s Night Club on the Bowery(see Weegee’s People, part 2, no. 19) illustrates this well. Weegee can be seen as the American counterpart to Brassaï, who photographed Paris street scenes at night. Weegee’s themes of nudists, circus performers, freaks and street people were later taken up and developed by Diane Arbus in the early 1960s. 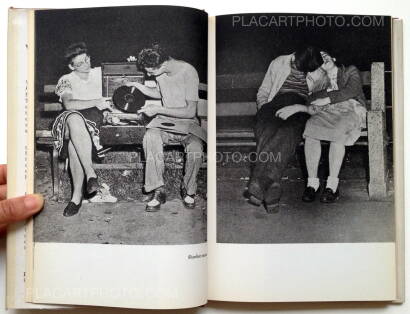 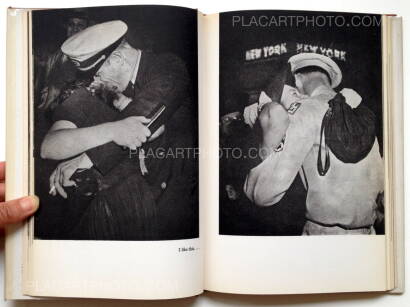 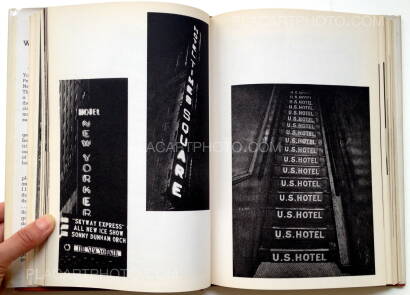 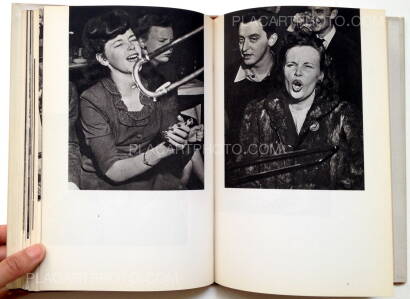 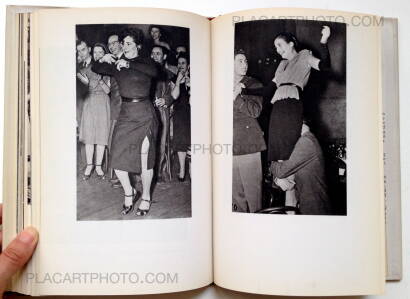